CESSDA’s infrastructure is run and orchestrated by Kubernetes, which makes Prometheus the natural choice for monitoring because its data model mirrors the Kubernetes infrastructure metadata. Also Kubernetes Service Discovery configurations can be read via a REST API and kept synchronized with the cluster state. The monitoring system watches containerized workloads, integrates with Kubernetes and other components in the cloud ecosystem, ingests data, and enables the collection and processing of metrics such as counters, gauges, histograms and summaries.

One of the important aspect of monitoring is how the metrics derived for the components in the infrastructure are used. CESSDA relies on two methodologies, USE and RED for determining which metrics to use and for what.

Infrastructure components and services are instrumented within the Prometheus stack, depending on whether they are customised applications or off-the-shelf tools.

Customised application use client libraries depending on the application language. CESSDA core products rely on these libraries to define and expose internal metrics (via an HTTP endpoint) to the Prometheus server. Officially, Prometheus supports languages like Java, GO, Python and Ruby. There is also unofficial support for other programming languages.

Prometheus has plugins or exporters for most off-the-shelf applications or third party systems used to expose metrics, especially when it is not feasible to instrument them directly. Most of the CESSDA Infrastructure management tools such as HAProxy, Jenkins and Elasticsearch rely on exporters to expose metrics to Prometheus. 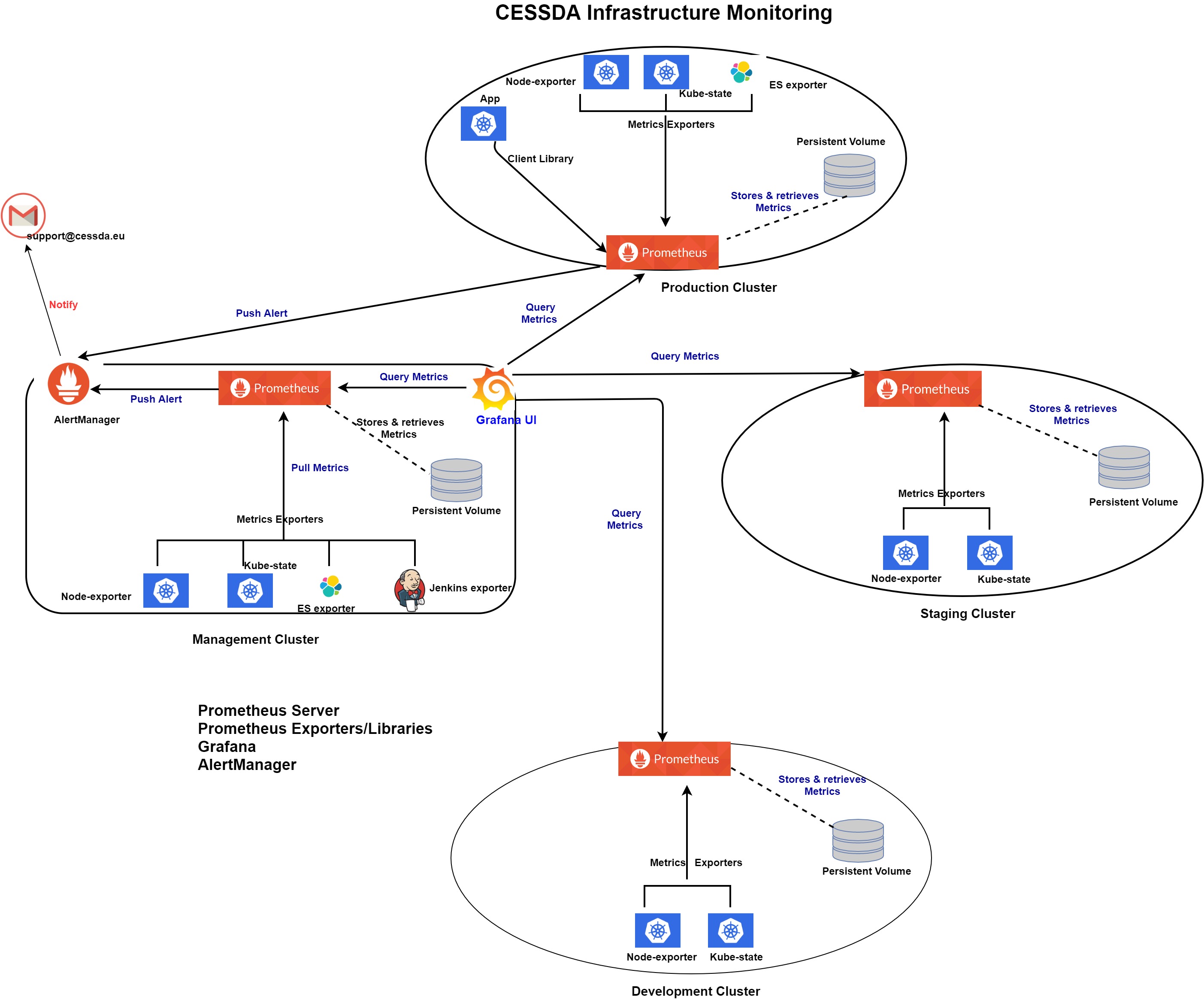